What’s it like to be a geek? To me, it’s like strolling through a toy store when you were a kid and just finding your jaw dropping at each turn because of all the unbelievably awesome stuff that surrounded you. There’s a half-dino, half-robot giant figure on one shelf, on the other was a sword-wielding Batman toy garishly adorned in silver armor, the Ninja Turtles were fighting some weird, evil monster in one corner, and various space ships and race cars filled a colorful aisle that seemingly never ended. Of course, that kind of wonder is hard to recapture when you’re getting old, but when I watch sci-fi, fantasy, and adventure films or read comicbooks, they still bring me back to those magical days when 90% of my world was pure imagination.

And that’s why I’m mostly a fan of anything geeky or nerdy. The only thing more satisfying than producing a really good piece of fan art for me is finding out another nerd out there geeked out at one of my drawings. And so without further ado, here’s another batch of illustrations, which I dedicate to all the geeks, nerds, and the young at heart out there.

I love this one because I basically drew the poses with very little reference. Sometimes the imperfections that result from just trying to imagine elements as opposed to copying from photographs can produce really interesting results, and that’s one of the things that’s really working for me in this drawing: 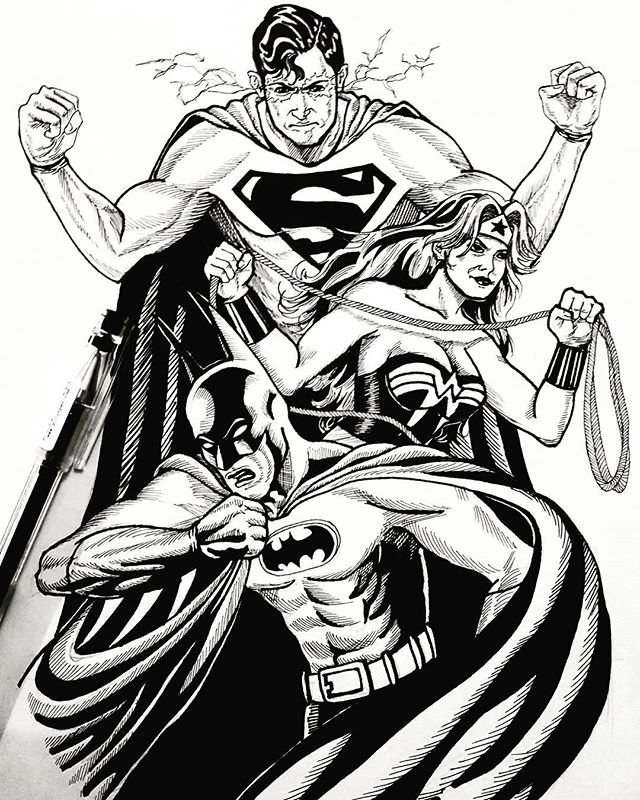 I drew this before the Justice League movie came out. I was originally going to draw all of the team members, including the Flash, Cyborg, and Aquaman but there simply wasn’t enough space, so I had to settle for the trinity. I also ran out of ink, so I only used a gel pen and a Sharpie. Here are the rough pencils: 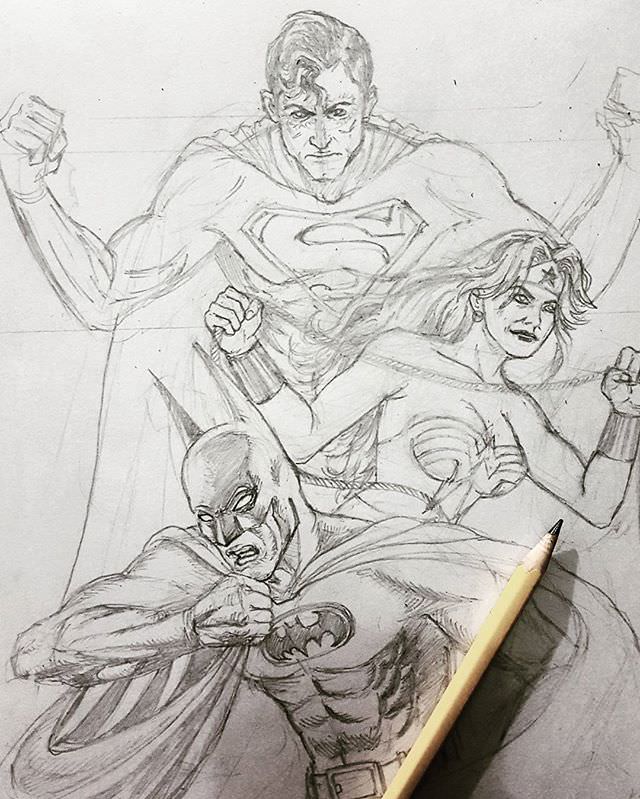 Villains are almost always more fun to draw than heroes for me, and I had a great time sketching and inking this Penguin bust: 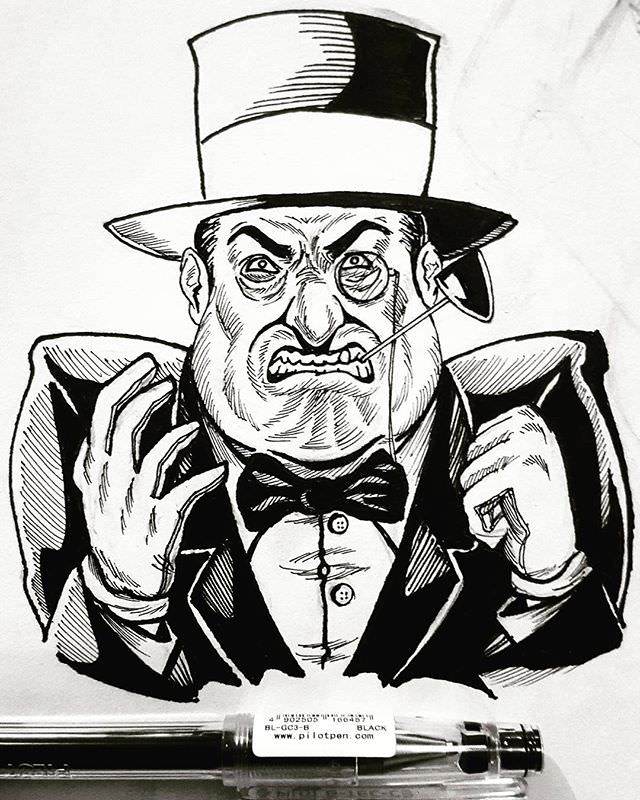 Game of Thrones is just about the biggest nerd show on TV right now and the last season pushed its fantasy boundaries farther than ever before. While I thought the quality of the show’s drama dipped compared to the more grounded previous seasons, there were still plenty of amazing things for fans. Everyone’s favorite little assassin, Arya Stark, is of course one of those: 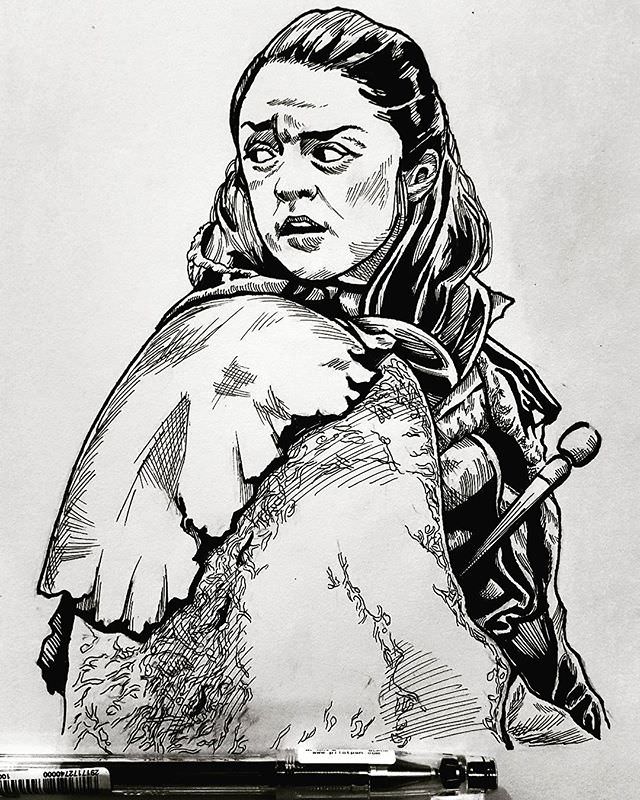 Purchase this design: Stark: Leave One Wolf Alive and the Sheep are Never Safe

I really hope she kicks more ass in the final season. Here’s a look at the pencils: 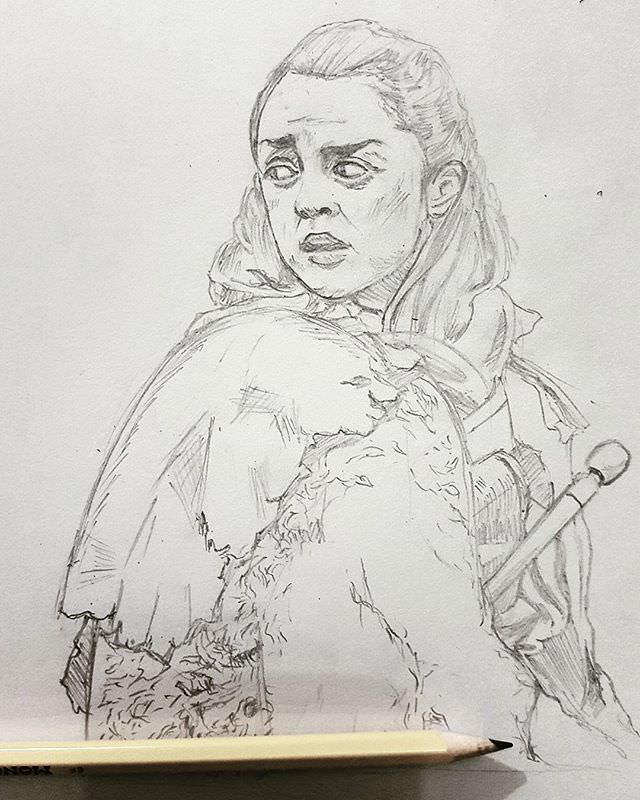 One of my most favorite movies last year was War for the Planet of the Apes, the final film in the Planet of the Apes reboot trilogy. Director Matt Reeves just did an excellent job portraying the sad plight of the apes fighting for their survival against the last of the humans–and I was ecstatic to learn that he’s going to be the one directing the upcoming solo Batman film for Warner Brothers. As I mentioned before in this blog, this tribute piece featuring Caesar is my best-selling artwork to date: 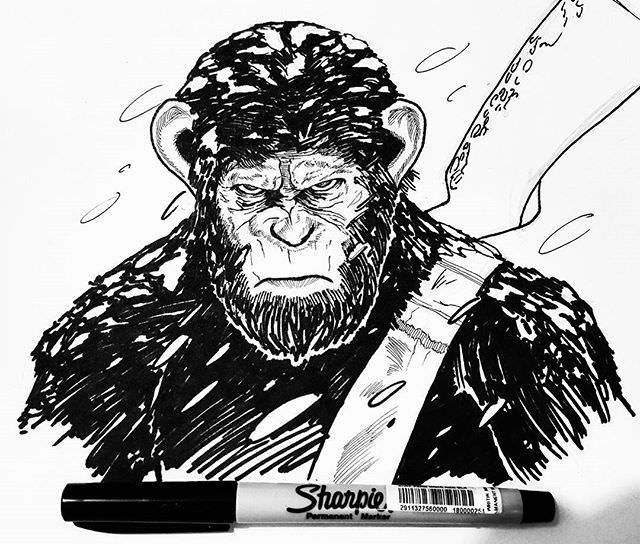 Finally, I did the last piece below a few days after watching Star Wars Episode VIII: The Last Jedi. There’s a big controversy about that film as a lot of fans thought it wasn’t “Star Wars” enough for them, and I’ve also heard from casual viewers that the movie suffered from basic storytelling inconsistencies, poor plot choices, and plot holes. Personally, I would rank it lowest in the new batch of Star Wars films produced by Disney, my biggest gripe being the out-of-character portrayal of Luke Skywalker and I thought very lame way he went out.

But I’m still a big Star Wars fan and so I wanted to pay tribute to the best Luke I’ve ever seen whose last appearance was in Return of the Jedi. This was also the first time I used a Kolinsky pure sable brush and I was just blown away by its quality. The brush was so good in terms of how it absorbed ink and laid it out on the page that I swore never to use another brush again despite the Kolinsky costing an arm and a leg: 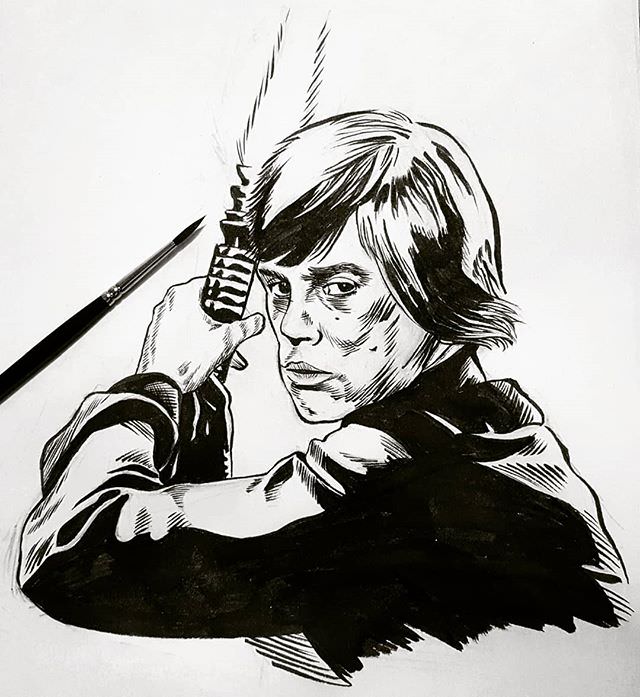 I also took a pic of the pencils. I know some people prefer looking at the roughs but I’m simply more of a fan of the inks, and there’s no way to completely save the pencils when you’re working with traditional media: 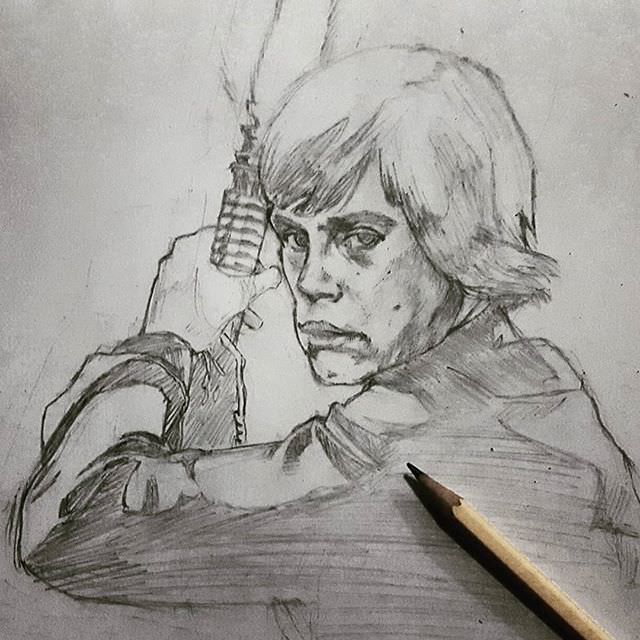 I’m a fan of a lot of geeky things but I’m still a bigger fan of this girl right here who’s my girlfriend of over two years. I gave her this drawing for her last birthday: 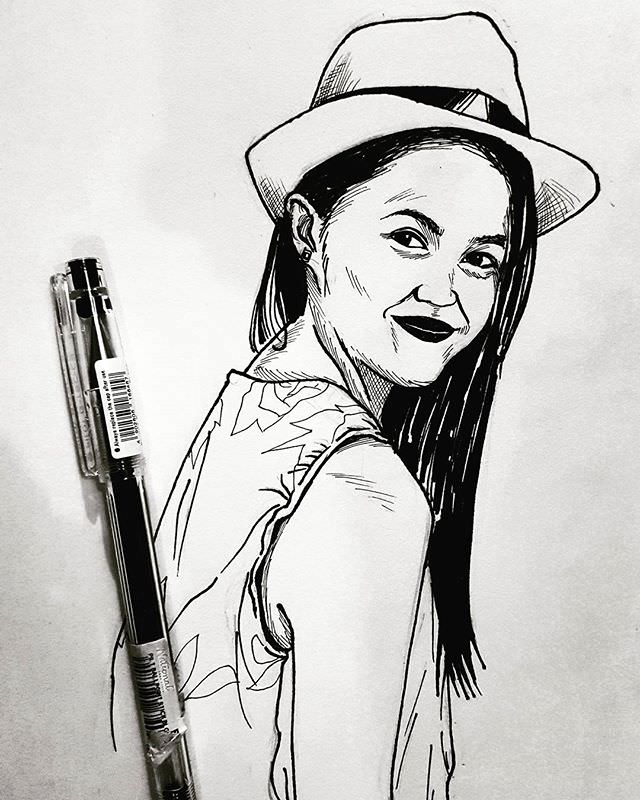 And that’s it for this batch. Stay tuned because I have more fantastic fan art coming your way soon!