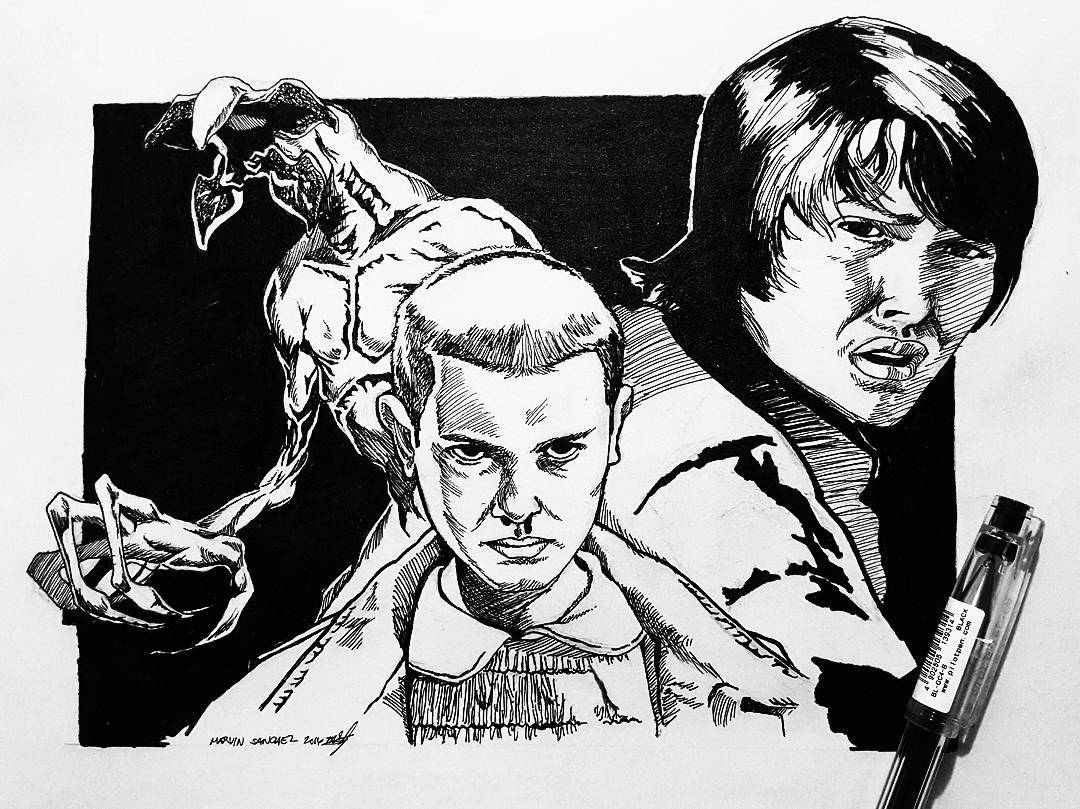 You’ve been living under a rock if you’re not aware that there’s a show called Stranger Things out there that’s just about the most awesome thing on Netflix (or on your computer because lots of people download it). It’s basically Are You Afraid of the Dark, Goosebumps, The Goonies, ET, and some of the best ’80s movies rolled into one. I am obsessed with it. No really, I binge-watched the entire first season and long after I’m done watching, it’s still on my mind. It’s THAT good.

So like most shows I enjoy, I had to pay tribute by doing this fan art:

Purchase this design: Eleven, Mike, and the Demogorgon

Some process shots below. I’m working on my likeness drawing because that’s one of my weaknesses:

There’s also an AMC show called Preacher based on one of my most favorite Vertigo series of all time. This one’s a bit harder to get into than Stranger Things because it’s very awkward and funny in weird, violent ways like the comicbook. Season 1 is also a prequel of sorts to the main comicbook story, so it’s very slow burn.

However, if cowboys, bar fights, vampires, crazy sexual fetishes, and heaven-hell conspiracies sound good to you, I highly suggest you pick up Preacher. Below are two of the main characters and my ink and colored versions of each one. Here’s the protagonist, Jesse Custer, the extremely violent preacher: